You are here: cabets.ca » Eddie Hall vs Hafthor Björnsson Odds

The world of boxing has been flipped upside down in recent years with celebrities, YouTubers and other athletes all fancying their chances of glory in the ring. This year we will see a whole new dimension of boxing as two giants prepare to do battle in the ring.

Dubbed the heaviest boxing match in history, Eddie Hall is set to take on World’s Strongest Man competitor Hafthor (Thor) Björnsson in a unique boxing match on March 19th, 2022. The fight will be held in Dubai, more specifically in the Dubai Duty Free Tennis Stadium.

Best bookmakers for odds on Eddie Hall vs. Hafthor Björnsson 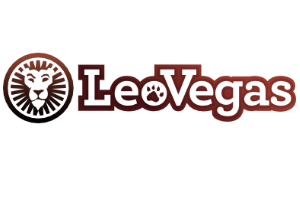 Original date postponed due to Hall-injury

The clash of these titans was originally planned to set place in September, 2021 in Nevada, United States. However, during training summer 2021, Eddie Hall tore his bicep while training for the match. The match was inevitably postponed due to his rehabilitation. Now that we finally have a new date for the match, the 19th of March 2022 can't come soon enough.

The two men are more than a little familiar with one another. They are long-time rivals having competed head-to-head in World’s Strongest Man since Hall made his debut in the competition back in 2012.  Thor got the better of Eddie that time out as he progressed through his qualifying heat as group winner, while Hall failed to advance.

He’s won Iceland’s Strongest Man every year since 2011 and he has been victorious in Europe’s Strongest Man a staggering five times. It is safe to say, both of these men know a thing or two about what it takes to win. This is one of the most intriguing aspects of this fascinating bout that is set to grab the attention of both boxing fans and Strong Man fans this year.

Settling their 2017 feud once and for all

The two have come to blows countless times in the past with Thor even accusing Hall of cheating in his 2017 World’s Strongest Man victory, so there will certainly be no love lost going into this battle. Their feud has continued through to the Deadlift World Record where, as it stands at the time of writing, Björnsson recently broke Hall’s record.

After several weeks of calling each other out about a proposed boxing bout, the Mountain broke the Beast’s world deadlift record by 1kg, managing to haul an incredible 501kg off the ground, and taunted Hall by saying, ‘So Eddie, I just knocked out your record. And now I’m ready to knock you out in the ring.’ Eddie Hall responded via a Facebook video exclaiming, “1,000 per cent I’m going to sign those papers. And you know why I’m going to sign those papers… it’s not the money, it’s not the dead lift feud we’ve got going on, nothing to do with that. It’s because you called me a cheat at World’s Strongest Man 2017. I can’t put that to bed, I can’t forget it. You’ve never apologised”.

Björnsson heads into the bout as the slight favourite with the majority of bookmakers, but that could be set to change as we get closer and closer to the bout and we start to understand more about the two fighters’ skillsets. There are still some significant details to be outlined before we have all the information for this bout, but some of the betting markets we expect to be available in this one are listed below:

Who is looking the most likely to win at the moment?

In what is set to be a truly unique experience as two of the world’s strongest ever men go toe to toe in a boxing ring, it is hard to gauge which way the bout will go. With neither having any real experience in combat sport it is going to be a battle of wit and determination on who can get their cardiovascular fitness up to the required level to compete in a boxing match. Björnsson recently took on professional boxer Steven Ward, who weighs some 12 stone lighter than the Mountain, in a three round exhibition bout in Dubai.

The fight was declared a draw but Thor’s obvious power was a potent threat throughout, but not much can be taken from a three round exhibition against an opponent 12 stone lighter.  Both Hall and Björnsson clearly have unrivalled will-power as they have shown in their incredible Strong Man success, and they will need to use every ounce of mental strength as they face-off on the canvas. With a 16cm height difference, it is hard to look past bookies favourite Thor, as he should be able to use his reach advantage to both pick off Hall and avoid his jab.

On the flip side, the early signs of Hall’s body transformation will pose a big threat to Thor. Looking much slimmer and leaner than his strong man days, the Beast could well spring a surprise or two with his athleticism and speed, and no doubt the Mountain will be looking to shed some kilograms himself to ensure he can match his rival’s fitness and speed.

The world is waiting for what is sure to be an intriguing spectacle as two giants of the Strong Man world, and two giants in general, are set to make their debut in the ring. There is no love lost between these two super heavyweights and both will be looking to gain bragging rights when they face off in Nevada in September.

When is the boxing match between Eddie Hall and Hafthor Björnsson?

Eddie Hall will take on Hafthor Björnsson in a boxing match on the 19th of March 2022 in the Dubai Duty Free Tennis Stadium. Many more details on the fight will be uncovered closer to the time.

Who has the height advantage in Eddie Hall vs Hafthor Björnsson?

Hafthor Björnsson boasts a huge height advantage of 16cm when these two super heavyweight giants face-off in their boxing fight.

Hafthor Björnsson with his 501kg lift which he achieved in May 2020 and this remains the current World Record at the time of writing.